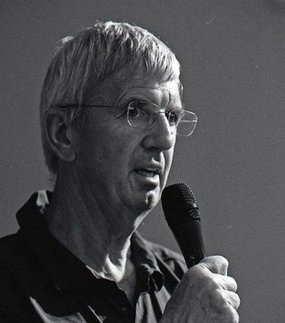 The thoughts of Chairman Bruce

Most months, Bruce's commentary on gigs past, gigs to come and other KJC matters is circulated via e-mail to members and other interested parties.

We are grateful to Nick Lea for contributing this month's Blog in Bruce's absence through illness:

Following on from the release of his debut album, Gaz Hughes Sextet Plays Art Blakey, Hughes has taken the band out on the road delighting audiences around the country, and last night it was the turn of an appreciative audience at Kendal Jazz Club to enjoy the fruits of their labour. Comprising of a stellar cast of UK players along with some of the great compositions associated with Art Blakey, the Septet are onto a winner and this was once again borne out in their performance at The Kentdale Suite at Kendal Rugby Club where the local jazz club host their monthly concerts.

In a paired down line-up, the drummer presented a quartet with the formidable Alan Barnes as the sole horn, and the band served up a set of straight ahead hard bop that was full of energy and vitality. In many ways this was reminiscent of the jazz of yesteryear in so much as it is rare t get to hear bands that are in the middle of long tours and playing a lot in a short space of time. This particular performance was the twelfth gig of a thirty one date tour, and that the quartet were well played in was apparent from the word go.

From the opening number, former Messenger Bobby Watson's 'A Bitter Dose' the quartet laid out the territory that they would mine in the most fertile manner for the rest of the evening. A series of strong themes, equally strong solos and all delivered with a group sound that had been honed on the bandstand. The alto of Alan Barnes would soar above the back drop laid down by the rhythm section, and whilst the experienced veteran saxophonist would frequently grab the attention with some dazzling improvisations he was certainly given a run for his money by the young turks he was playing with. Throughout the performance the joy was in hearing how all four musicians worked together, carefully listening and creating on the spot.

Hughes is a quiet and unassuming leader, and drove the band from behind the kit with the sheer musicality of his playing. His solos were brief yet packed with incident, and his command of the music was impeccable. His melodic playing was superb, and his use of dynamics helping the music ebb and flow that would create moments of tension that were then beautifully released by the band as whole.

The focus was very much on listening by the quartet, the music would sometimes move quickly at a brisk tempo but never sounding rushed. The saxophonist was in tremendous form with rousing solos on Curtis Fuller's 'Arabia' and the lesser heard 'Duck Soup' with a scarcely veiled quote from Parker's 'Confirmation'. His ballad playing was to the fore on 'We'll Be Together Again' with his solo touching all bases from delicate and tender to multi note phrases and split notes; and the blues came out in 'The Soulful Mr Timmons'. On both these number's he was matched for sheer inventiveness by pianist, Andrezi Baranek, who excelled, and who captured the limelight on a dazzling 'Body And Soul' as a trio number.

Stepping into the limelight, Hughes featured strongly on 'Caravan' with Barnes switching to soprano saxophone. Straight away the sound of the quartet changed in the most subtle of ways, embracing the Ellington staple the drummer playing an outstandingly melodic and rhythmically varied solo that kept the attention with the breadth of playing. As if to confirm what the audience was hearing during the set, Alan Barnes said to me in the interval that he had rarely heard Hughes better.

Gaz did joke that as 'being the non-musician in the band' that he did get to sit and listen to and enjoy the band each night, and we certainly enjoyed haring the quartet on an extremely wet and windy Wednesday evening.